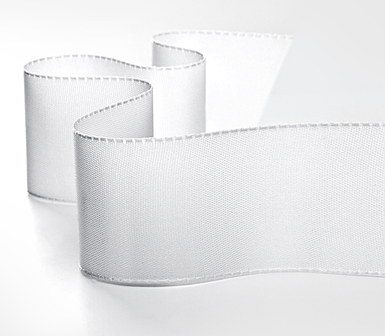 Company STUHA a.s. with the seat in Dobruška is producer and seller of decorative textile ribbons. These goods find application in both domestic market and abroad.

History of ribbon-making factory in Dobruška is dated back to the late 19th century. At this time in the former Austro - Hungary, the production of hats was highly developed, but the hat ribbons were only imported mainly from Germany.

The former Mayor of Dobruška, Dr.Josef Archleb consistently pushed for the development of industry in the city. On the basis of his activities in 1896 was established by Mr. FROWEIN of the Rhineland a small factory for the manufacture of ribbons in Dobruška.

The first ribbons were produced on 10 shuttle ribbon looms and the first products were men's hat bands of natural silk for the company Hückel in New Jičín.

Since the ribbon products were sold well and the company prospered, it iniciated the creation of an additional ribbon-making companies in Dobruška, which began producing in the spring of 1903. In 1911, two competing companies were joined and the joint-stock company United ribbons factories was founded. The significant development of the company occurred in the period of the First Republic, when the production areas were expanded and production capacity significantly increased.

The Second World War was the cause of decreasing in production and development. In 1948, the company was incorporated in the national enterprise STAP. In 1990, it came to the return of company independence when state enterprise was appointed and on the date of 1 January 1994 the joint stock company STUHA was founded.

The company STUHA a.s.continues in production of ribbons and leon´s products in traditional product line. The company keeps the production of technical, clothing and special ribbons on the shuttle ribbon looms, these ribbons are further used as a semiproduct for various production branch. Production of taffeta, satin, hat, wreath, velvet and bonded ribbons is complemented by decorative ribbons with wires, metalplastic and monofilament fibers. In range of leon´s products, it continues production of spinning materials (leonic threads) and Christmas chains, which was extended for angel hair and gimps. The important part of our production represents fencing accessories,  produced in the cooperation with the company Albert Kerbl GmbH.